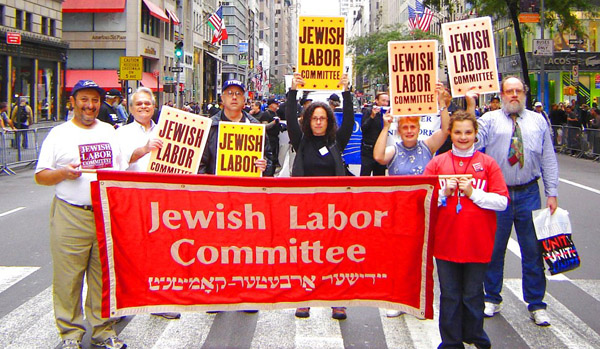 September 7th is Labor Day, the day honoring the American worker, the people who make the economy and society run. The idea of a day honoring workers was proposed by Peter Maguire, in 1882, and in that year the first Labor Day celebration took place. Oregon was the first state to officially commemorate Labor Day, and in 1894 President Grover Cleveland signed the law making Labor Day a federal holiday. Now, American workers are under attack, due to efforts to prevent workers from organizing unions, from manufacturing taken overseas and with them the jobs, from politicians who want to turn Social Security and Medicare into cash cows for hedge-fund managers. This shows a blatant disregard for the well-being of the workers who have built this country. The Jewish Labor Committee (JLC) continues to be the link between the Labor movement and the Jewish community, applying Jewish values to the issues confronting American workers and their families.   –John Mason, Jewish Labor Committee Member and Supporter

The comments are closed.