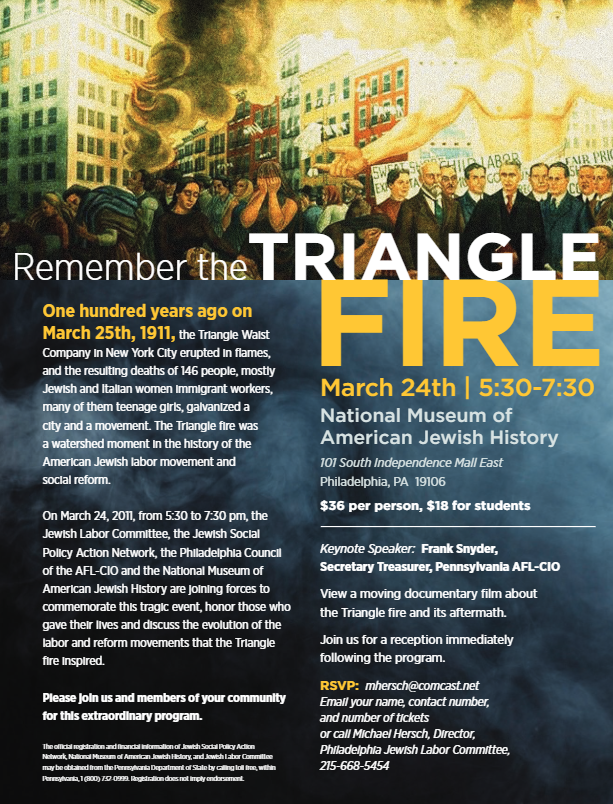 One hundred years ago on March 25th, 1911, the Triangle Waist Company in New York City erupted in flames, and the resulting deaths of 146 people, mostly Jewish and Italian women immigrant workers, many of them teenage girls, galvanized a city and a movement. The Triangle fire was a watershed moment in the history of the American Jewish labor movement and social reform.On March 24, 2011, from 5:30 to 7:30 pm, the Jewish Labor Committee, the Jewish Social Policy Action Network, the Philadelphia Council of the AFL-CIO and the National Museum of American Jewish History are joining forces to commemorate this tragic event, honor those who gave their lives and discuss the evolution of the labor and reform movements that the Triangle fire inspired.Please join us and members of your community for this extraordinary program.